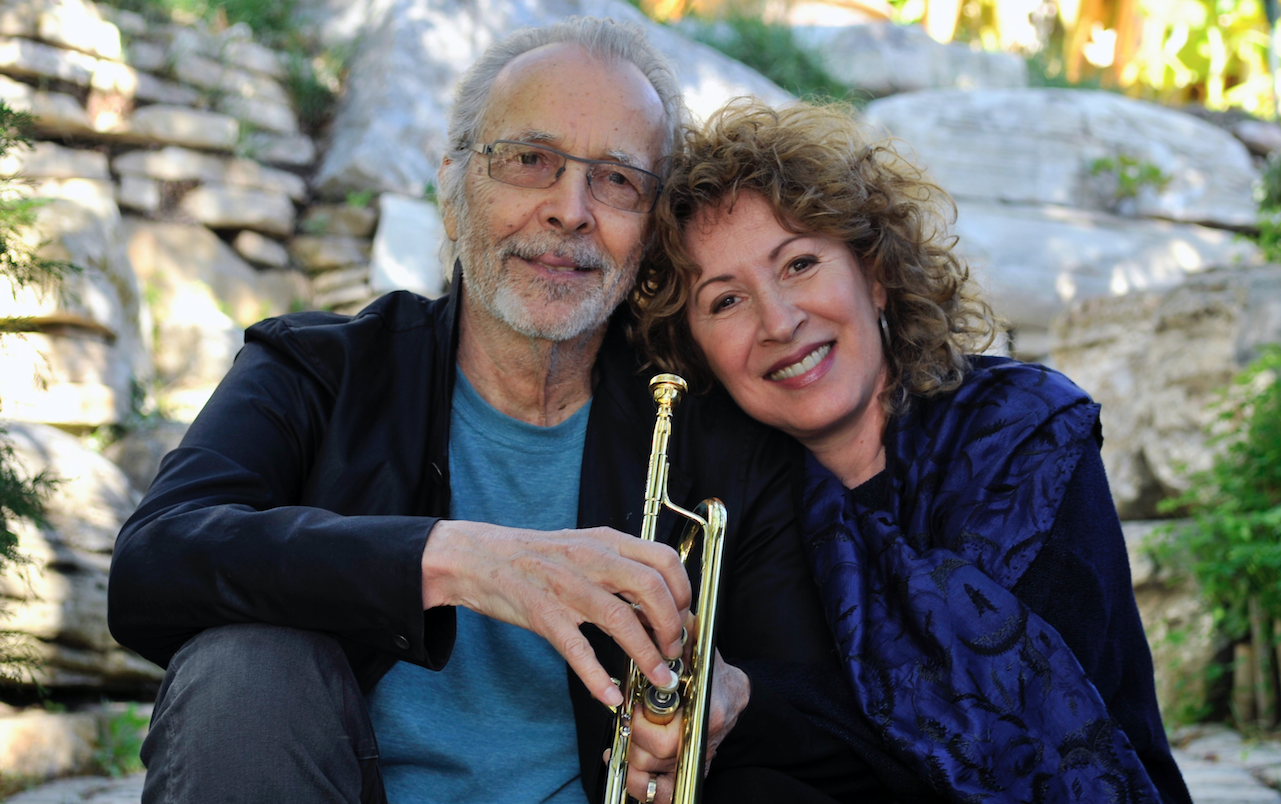 Herb Alpert and Lani Hall do not rest on their laurels. At 81 and 71, respectively, they are still going strong and sound as fresh as ever. As a child in Mexico City in the 1960s, I remember my older siblings listening to Herb Alpert and the Tijuana’s Brass’s album, The Lonely Bull. I loved his distinctive trumpet and signature sound. That sound could later be heard in various commercials, on the show The Dating Game, and the movie Casino Royale. His music had a great influence on pop culture in the 1960s and 1970s.

Because of his early success with his band, Tijuana Brass, and their album, The Lonely Bull, many people thought he was a handsome, musical, Mexican bullfighter. However, he was born in Los Angeles and grew up in the Fairfax area. This American born Jew has had a multicultural life, embracing all faiths and genres of music.

Alpert’s musical accomplishments include five Number One albums and 28 albums total on the Billboard chart, nine Grammy Awards, 14 platinum albums, and 15 gold albums. His latest Grammy is from his 2014 album, Stepping Out. He continues to make music and his latest album; Come Fly with Me was released in September 2015.

He is not only a talented musician, but also a savvy businessman who co-founded A&M Records in 1962 with Jerry Moss. They discovered Sergio Mendes and Brasil ’66, and that group went on to be their opening act. A&M Records produced albums for The Carpenters, Carol King, Stan Getz, and Cat Stevens, to name a few. Alpert and Moss had a good ear for producing hit albums. They also distributed for George Harrison’s Dark Horse label during Harrison’s solo career. They sold the company in 1989. In 2006, Alpert and Moss were inducted into the Rock and Roll Hall of Fame in recognition of their accomplishments. In 2013, Alpert was awarded The National Medal of Arts.

Hall is also an accomplished musician. When Sergio Mendes and Brasil ’66’s first album came out, she was the lead singer of the group. That is how she met Alpert and later became his wife. Although she was a Jewish girl from Chicago, she sang in flawless Portuguese, and of course, English.

Years passed and later, Hall became a successful Latin American recording artist from the late 1970’s to the early 1990’s, singing in Spanish. She also performed duets with many famous Latin American singers. She won a Grammy in 1985 for best Latin Pop Performance for the song, Es Facil Amar, on which Alpert also played trumpet. She was beloved in Mexico.

Today these two senior citizens stay young by touring the country and giving lively performances with their talented backup band, who are also fine musicians in their own right. They sound as if time never passed, and they are still passionate about their music.

During a recent concert at The Belly Up, Alpert mentioned that he really liked performing there. The show was a medley of Alpert’s old hits and some songs from his two most recent albums, along with Hall’s hits from her days with Sergio Mendes. Hall sang a rousing rendition of O Pato, and classic hits by famous Brazilian composer, Antonio Carlos Jobim. Other songs included Mas Que Nada and One Note Samba. Albert performed a medley of his classic hits, such as The Lonely Bull and This Guy’s in Love With You. They had an easy presence on stage and were accompanied by three great musicians, including an exceptional piano player and singer, San Diego’s own Bill Cantos; Hussain Jiffry, from Sri Lanka, who played a unique six string bass; and an amazing Michael Shapiro on drums.

Besides the music, Alpert has also been a painter for four decades and a sculptor for three. His work has been shown in galleries around the United States and in Europe. Hall has written her first book, Emotional Memoirs and Short Stories. They both do a lot of charity work because they believe in giving back. The Herb Alpert Foundation has donated to various educational and arts programs over the years and is dedicated to serving young people to enable them to reach their highest potential; nurturing a capacity for empathy, compassion, tolerance and mutual respect, admirable goals from a couple who continue to inspire and create timeless art. Though they have been married for 42 years, the couple continues to inspire each other and share their passions for the arts and giving back.