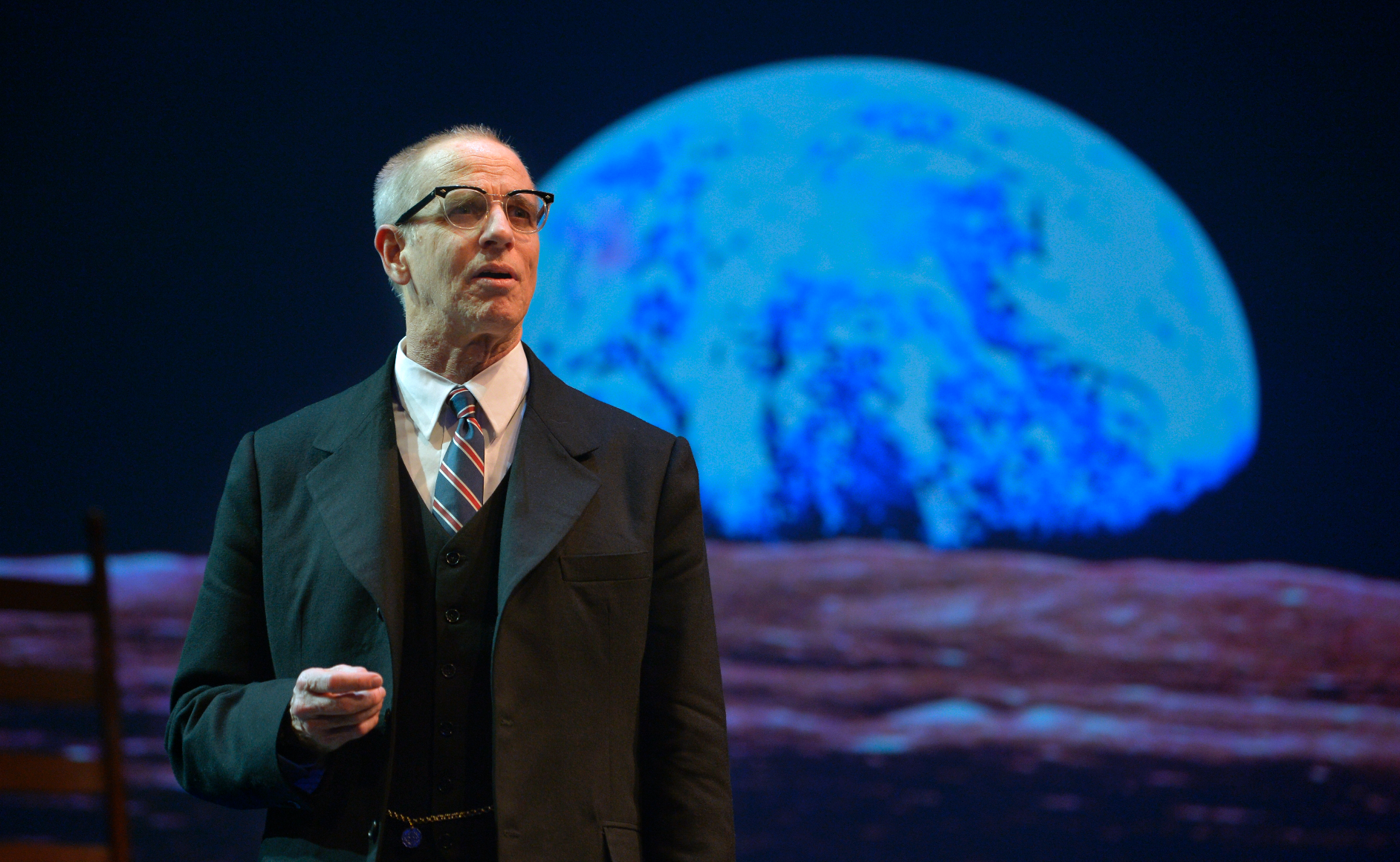 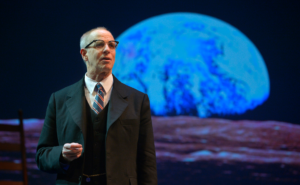 Attend the occasion of the year this fall, at The Dybbuk for Hannah and Sam’s Wedding, and allow yourself to be engaged by a fascinating tale of broken vows, a possession and a drunk uncle’s speech at The San Diego Repertory Theatre’s telling of one of the most beloved Jewish plays.

Written and directed by Todd Salovey, running Nov. 23–Dec. 18, at The Lyceum space, The Dybbuk for Hannah and Sam’s Wedding is a love story that is both mystical and romantic. Salovey’s take on the S. Ansky classic is more provocative than any Dybbuk to come before it, featuring an immersive audience experience, live music by Klezmer legend Yale Strom and his band, and all characters played by one man: nationally-renowned actor Ron Campbell.

Salovey, The REP’s Associate Artistic Director and Artistic Director of the Lipinsky Family Jewish Arts Festival, is pleased to be able to bring a unique interpretation of the show — two years in the making — to Jewish and non-Jewish audiences alike. He counts the “ancient folk tale” among “one of the most romantic ever written.” He says it is his favorite play and was the first play he produced professionally and for The REP. Powered by his appreciation for his favorite multi-character actor and his favorite Klezmer composer, he decided to put them all together for a brand new take on The Dybbuk.

When searching for a composer and musician for Salovey’s directorial debut of The Dybbuk in 1993, a number of people suggested Yale Strom for the show, he says. It became the collaboration that has informed his much of his work since. “It was the birth of a lot of things,” says Salovey. “It was the birth of my doing work that spoke to the Jewish experience. It was the first time that I had done something that was both spiritual and theatrical, and it was a beautiful [combination] of music, mysticism and theatricality.” The year after, the Lipinsky Family Jewish Arts Festival was initiated by Salovey, inspired by his partnership with Strom and their work on that initial production.

His current incarnation of The Dybbuk had to be different than the one that ignited his passion for combining Jewish art and culture and bringing it to the public. “Productions always speak to their own time,” he says. “That’s what makes theatre very alive.” His intention was to create a production with a “contemporary sensibility,” and, knowing for years he wanted to do the piece again, he pondered how to keep things fresh.

A memory from his brother’s wedding (and other family functions) became the impetus for the direction of this updated version of the story: His mother’s cousin stood up and made a lengthy speech, which referenced the new woman in his life, how he was a changed man due to her, and at a Bar Mitzvah some years later, made another, similar speech with a different woman under his arm. Salovey got to thinking about vows, remarking that people today seem to “value flexibility and mobility over stability.” He points to the view that society is becoming less traditional, people are waiting longer to get married and are less likely to join the Synagogue or subscribe to the theatre. With these ideas the framework for the production was constructed.

In Salovey’s new adaptation, eccentric and inebriated Uncle Jerry’s speech is the perfect opportunity to let the young couple and everyone else at the wedding know how impressed he is that the newlyweds have decided to commit, which leads to his impromptu telling of his favorite play, The Dybbuk, to illustrate “…what happens when you don’t honor your vows,” says Salovey. This notion became a modern way for him to bring the story to a new audience.

The audience, in fact, are guests at Hannah and Sam’s wedding, and herein lies the interactive experience that makes this production exceptional. The relevance for today’s audience is in the  highlighting of a return to the value of commitment. Themes running through the story depict the importance of “…relationships and the connections that we have,” Salovey says, “with our family and with people. They’re not just here today and gone tomorrow. They are part of the reality that we carry with us.” The concepts of regret, making amends for wrongdoings and coming to terms with broken promises all come up in both the original and this incarnation of The Dybbuk.

There’s no need for costume changes in this new version. Ron Campbell embodies 18 characters and transforms his body, face, voice and posture to portray each one. Salovey points to Campbell’s “artistic mastery” in bringing these characters to life, from a young bride who becomes possessed by a dybbuk, or restless spirit, to a man inhabiting a woman’s body (his most challenging character to play, Campbell says). The props, says Salovey, are things one would find around the table at a Jewish wedding. The character Uncle Jerry uses the items around him to tell the story of The Dybbuk to the wedding guests, and Campbell and Uncle Jerry both use them to introduce, and transform themselves into, these different characters-within-characters. Salovey calls Campbell’s performance “rough theatrical magic.”

Campbell, who not only acts, but teaches acting at his studio in the Bay Area, calls this Dybbuk “a hell of a love story.” He was attracted to the play, not only for the opportunity to “tell a story” with Salovey, but for the challenges the role presents. Using a tablecloth that becomes a prayer shawl, moving his chin in a certain way to play the young lover, or using his shoulders to portray the dybbuk hunter, Campbell performs a kind of theatre martial arts. In playing multiple characters, he says, an actor must “…find a physical touchstone [that lets] the audience know, immediately, without dialogue, who [he is] at every given moment.” He has been developing tricks and techniques on how to do just that for some time, he says.

Salovey and Campbell both like to refer to the main character as “everyone’s Uncle Jerry,” because almost everyone has that zany, funny uncle, and this narrator, Campbell says, “…unreliable as he may be, becomes a porthole into this ancient, beautiful Yiddish legend.” This “ringleader” plucks audience members — involunteers, Campbell calls them — to help tell the story and facilitate a space for the room to receive their reaction. This delicate dance showcases Campbell’s improvisational skills and strong grasp on the script; they are put to good use as he “casts” the audience members in roles and elicits some “controlled heckling” from the crowd to help advance him to the next section.

Within these characters, Campbell is able to present the tale to a contemporary audience, and, when describing this modern version of the show, touches upon how the young bride and groom have made a vow, “a pact, a knot,” he says, “which is way against the manner of the millennials today. Everyone is so non-committal, and our attention spans so brief, that some of the lessons in these ancient stories are valuable.” He feels this production will speak to a generation and he is excited to have a chance to bring it to life. He speaks about how, in relationships, everyone has had that “one who got away,” how “we all kind of have a demon inside, we have that devil on one shoulder and the angel on the other,” and how this subject matter will resonate with audiences.

The aforementioned demon is personified in the dybbuk himself, and his possession of the bride lends a “spooky, creepy, fun danger” to the show, says Campbell. Although the character is a “lost wandering soul…who has a right to be there,” Campbell and Salovey hope to scare audiences, and both men cite some similarities to the classic horror movie The Exorcism, however, “…there will be no pea soup flying around.” says Campbell. “Maybe a little matzo ball soup.”

Combining the comedic, the serious and the spiritual, Salovey and Campbell create a world in which a catharsis is reached, and Campbell commends Salovey for meeting the challenge of creating a character that is “complicated, difficult and likeable” and invites the audience to follow along on the main character’s journey.

“We speak the same language,” says Campbell of his artistic partnership with Salovey, “and our connection to Judaism is strong. I think Todd likes to put himself in the shoes of the audience.” While he’s performing, Campbell tries to stay cognizant of the “internal implosions” of Jerry and allow the audience to “…track his discoveries.” The two work together to achieve a “jagged throughline” that mirrors real life and demonstrates the natural flow of emotion, rather than employing deliberate transitions or the display of an actor’s “pyrotechnics.”

Supported by a live band that includes Strom, Campbell’s work intersects with what he calls “the highest level of Klezmer performers,” to open people’s hearts and make them more receptive to the story. Salovey, too, speaks to the way live music can “cut through to the emotion…to touch [the] heart and involve [the audience] in a very rich way.”

As the show comes to a close, it develops into a vehicle to “remind us of our empathic qualities,” and Campbell’s job in playing Jerry is to “impact audiences in a really subversive way,” by conveying a man who is deeply flawed but is forgiven by the crowd. “He’s caught by surprise as much as they are.” By the end of the show, says Campbell, “Jerry has forever changed. And maybe he’s learned a little bit about himself. That’s what I’m trying to do to the audience, too.”

Salovey is hopeful that theatregoers will be moved by this production, the portrayals by Campbell and the score by Strom and his band. He hopes to “transport the audience to another time and place” through “Hasidic-inspired melodies that seem to have risen from the earth of Eastern Europe and somehow connect the heavens and the Earth.” A celebration of Jewish culture and entertainment, The Dybbuk for Hannah and Sam’s Wedding is sure to be a hit with theatregoers.

For more information or to purchase tickets, visit www.sdrep.org.

• Nikki salvo is freelance writer who has had her work published in numerous local magazines. She holds a BA in journalism from SDSU. She also works full-time at the Clinique counter at Bloomingdale’s fashion valley and does freelance makeup artistry. She lives in the east village with her boyfriend and their one-year-old son, Jude. She can be reached at nichole.salvo@gmail.com 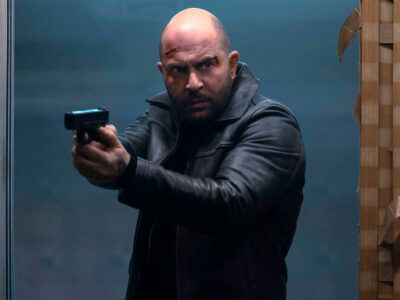 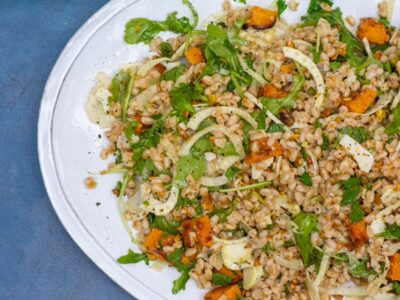 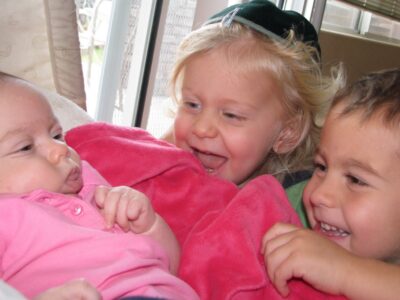