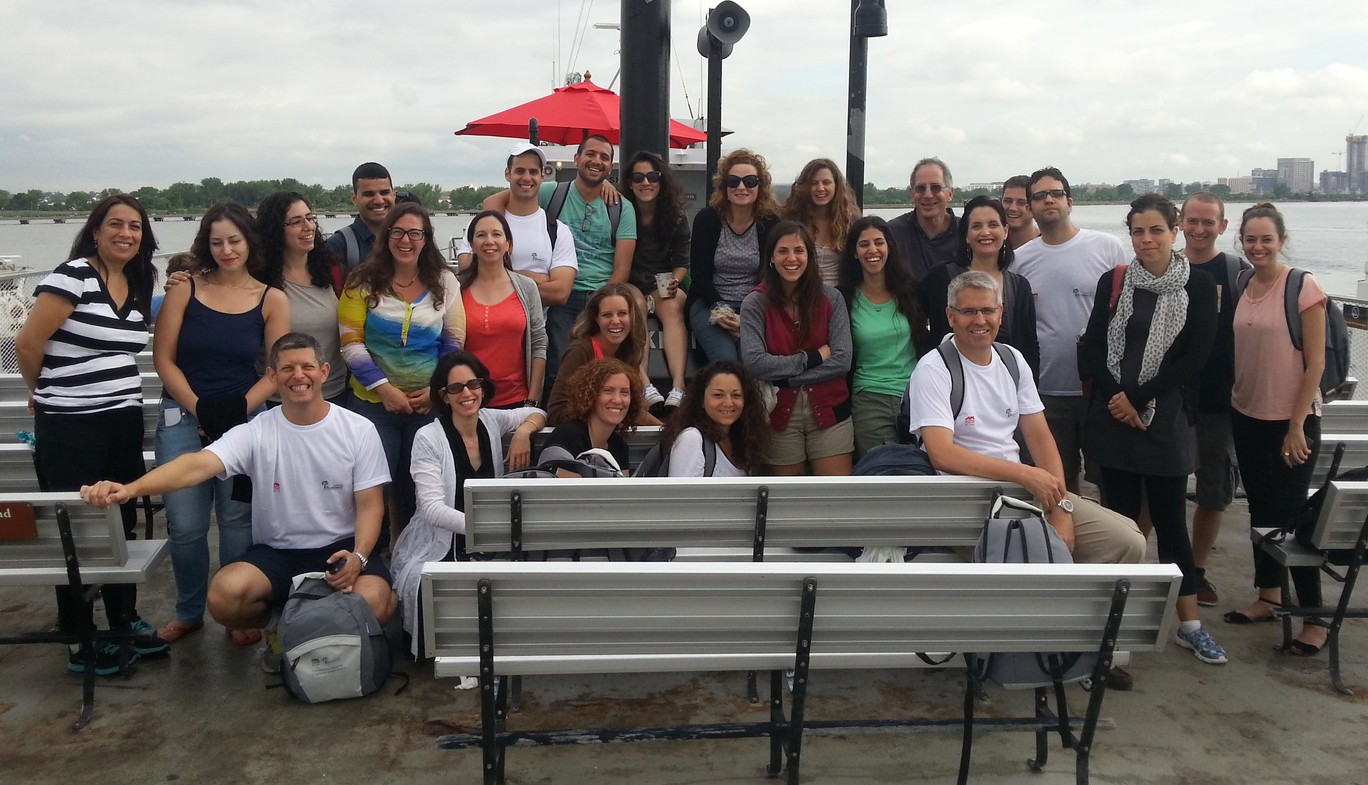 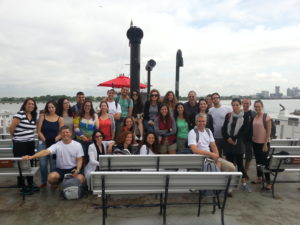 Gur Alroey, chair of the School of History at the University of Haifa and director of the Israeli school’s pioneering Ruderman Program for American Jewish Studies, has likened a 10-day United States trip for the program’s students to “Reverse Taglit,” referring to the free Taglit-Birthright trips of the same length that bring diaspora Jews to Israel.

“The focus is American Jewry, to examine this community as a group that stands in its own right, independent of Israel,” Alroey tells JNS.org.

In August 2013, JNS.org was the first outlet to report the formation of the American Jewish Studies program, which launched with a $2 million combined investment from the University of Haifa and the Ruderman Family Foundation. The foundation, headquartered in Israel and Boston (Haifa’s sister city), prioritizes the issue of Israel-diaspora relations.

The Master’s degree program’s curriculum surveys American Jewish immigration history, modern foreign policy and governmental structures, gender issues, and the religious makeup of American Jewish communities. But the highlight, according to some participants, is the 10-day U.S. trip.

The Israeli students who arrived in America on June 22 were eager to embrace American culture. Two students in the group, Ayala Shanee and Hila Madar, had never visited the U.S., and their excitement was palpable. “[New York City] is big, it’s overwhelming, so diverse and so human,” Shanee says. Madar describes her first experience at an American salsa nightclub, saying, “I was impressed by the way people interacted, and the diversity of the people on the dance floor. It gave me confidence.”

Hasia Diner, a professor of American Jewish history at New York University (NYU) and the Ruderman Program’s primary contact in New York City, says U.S. Jewry “would be what it is even if there were no Israel.”

“Obviously Israel has had an impact, but the basic foundations of Jewish American life were formed in an American context,” she tells JNS.org.

Against the backdrop of that historical context, discovering the true nature of the unique American Jewish population is the challenge faced by the Ruderman Program’s students and professors alike.

“The group [of students] has a strong Israeli mindset,” Alroey says. “They are a product of the Israeli education system, the exams, etc. It’s very difficult for some of the students to accept that there is a Jewish existence outside of Israel.”

“There is a community here that is rich, diverse, in chaos, in transition,” she says. “Who are the players, and what is attractive about the communities?”

The group toured Elis Island and the Tenement Museum in New York, as well as the National Museum of American Jewish History in Philadelphia. On June 25, the students gathered for a morning lecture at the Jewish Community Center in Manhattan by Rabbi Ayelet Cohen, director of the JCC’s Center for Jewish Living.

“We provide people with links, connections, and ways of exploring Jewish identity,” Cohen said of the JCC. Asked whether there is an equivalent resource in Israel, or if the JCC is something unique to Jewish life in America, Cohen’s answer was multifaceted.

“There is a distinction in the lifestyle and practices, but also many similarities,” she tells JNS.org. “People don’t want their Jewish identity defined for them in either country, yet they are looking for more meaningful ways to connect.”

Describing her impressions of the differences between Israeli and American culture, Madar says, “Here you can’t push in line. In Israel, you push. In some ways, I want this structure for Israel.” Her observations demonstrate the mentality of the graduate program’s students as they embarked on their American adventure. Many of the students are seeking outside perspectives as a way to reflect on their experience growing up and living in Israel. Sometimes, their findings can be surprising.

“[On one day of the trip] we met with a number of rabbis representing different denominations,” Diner says. “One student asked, ‘If you’re an Orthodox Jew, why don’t you live in Israel?’”

Commenting on the meeting with the rabbis in a different context, Madar reveals that her deep-rooted connection to Israel is based in Judaism.

“In Israel our perspective is intertwined with Jewish life,” she says. “We see a tree and we know that Elijah sat under that tree. We have a strong connection to the land.”

Nostalgic for home, Shanee lists Israel’s magnificent landforms and fertile regions, adding that her connection to the country is largely driven by the Hebrew language. But she says she understands why many diaspora Jews are unable to make aliyah.

“I built a home and family life in Israel,” she notes. “That’s my homeland. The same story is true for Americans leaving for Israel. It’s hard to uproot.”

Almost a year after its formation, founders of the Ruderman Program for American Jewish Studies say it has made significant strides—bolstering dialogue between allied nations and Jewish populations, while providing a mechanism for Israelis to reflect on their homeland. Program funding is secure through next year, and Alroey is astonished by the interest he has received.

“The demand is unbelievable. … Without any advertising, we already have 25 students for next year, and applications pour in,” he says.

Alroey adds that students are willing to commute from all corners of Israel to participate in the program, something he describes as “not at all typical of the Israeli education system, where students generally attend university locally.”

Jay Ruderman, president of the Ruderman Family Foundation, emphasizes the program’s expectation that it will cultivate future leaders.