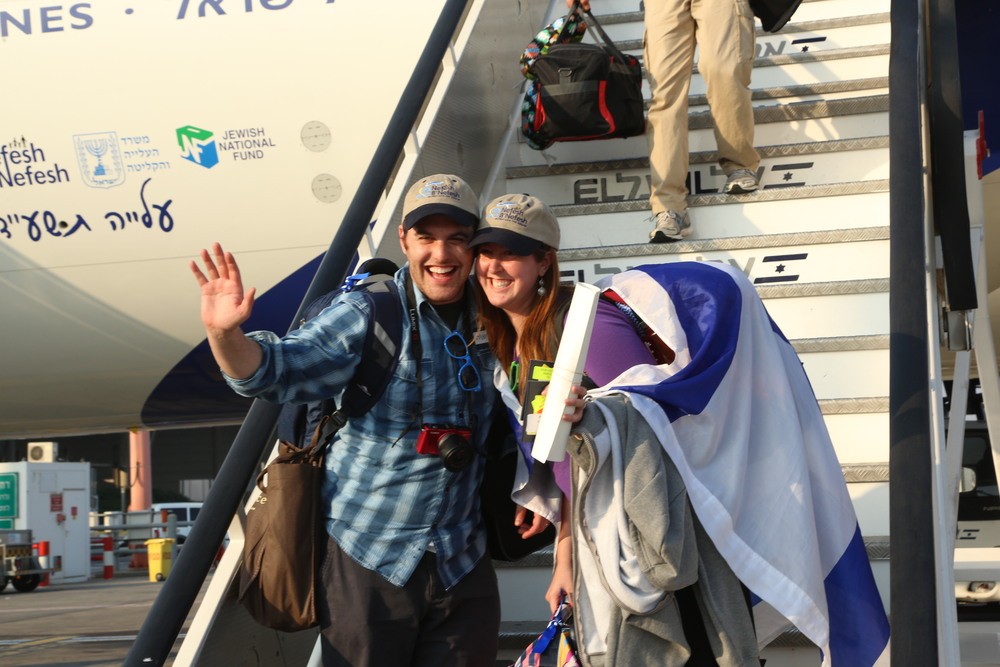 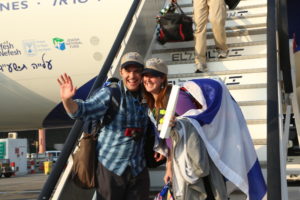 Of the 228 souls who emerged from El Al Flight LY 3004 on the morning of July 22 at Ben Gurion Airport, nearly half were children. By now, those children have already started taking Hebrew classes and experienced the smells and sights of their new homeland, including way too many falafel balls to count.

Yet at least on the surface, it seems that these youngsters and their parents could not have chosen a more inauspicious time to become Israeli. The Jewish state’s newest citizens arrived as an Israel Defense Forces (IDF) ground invasion of Gaza revealed unprecedented numbers of Hamas terror tunnels, and funerals for IDF soldiers—including two American citizens, Max Steinberg of Los Angeles and Nissim Sean Carmeli of South Padre Island, Texas—continued daily.

In many ways, the arrival of the new olim (immigrants to Israel) was remarkably routine. Like others who recently made aliyah, they came on a chartered flight thanks to a collaboration between the Nefesh B’Nefesh agency—which promotes and facilitates aliyah from North America and the U.K.—and the Israeli Ministry of Aliyah and Immigrant Absorption, The Jewish Agency for Israel, Keren Kayemeth LeIsrael, and Jewish National Fund-USA.

But in other ways, their journey was anything but ordinary. The week during which they arrived saw U.S. carriers canceling their flights due to a Federal Aviation Administration order, while El Al, Israel’s flagship carrier, scrambled to make extra room for the thousands of passengers who had been bumped.

The 29 families and 54 singles onboard flight LY 3004 included new olim planning to live in Israel’s south, a region hit hard by Palestinian rockets for years, and particularly hard in the current conflict. This group of immigrants received special briefings about the security situation, including information about trauma counseling and a pledge of support from English-speaking olim living in the area.

The entire group of olim was greeted with more fanfare than usual. Among the dignitaries who greeted them at Ben Gurion Airport were Minister of Aliyah and Immigrant Absorption Sofa Landver, Member of Knesset Rabbi Dov Lipman, Jewish Agency for Israel Chairman Natan Sharansky, Chief Rabbi of Tel Aviv Yisrael Meir Lau, and Tony Gelbart and Rabbi Yehoshua Fass, founders of Nefesh B’Nefesh.

Debby Wine remembers the day eight years ago this month when she and her husband Joel made aliyah with their three children, the youngest one 4 months old. It was also wartime when the Sharon, Mass., family arrived, and they were also greeted with fanfare that exceeded the norm. Joel received a hearty handshake from no less than Prime Minister Benjamin Netanyahu himself. Instead of being frightened by the situation, the Wines were impressed.

“In [the city of] Modi’in, people were opening their homes, shops, movie theaters, and country clubs to the residents of the north,” Debby recalled. “There were hand-written signs up in grocery stores for discounts for people from the north.”

Her husband, Joel, saw the oddly timed arrival in the context of a wedding. “Making aliyah, you’ve made the decision that you need to be together with Israel and Israelis, so coming here during that war, it was like we’d made our commitment to someone and that person happened to be hurting at the time of the wedding,” he said. “You don’t love them any less; in fact, it just strengthens the bond between you, adding another dimension to the relationship you are growing together.”

The Jewish Agency’s Sharansky put it another way. “That so many Jews from the West are joining us of their own free will is the best answer to those who still try to destroy us,” he said. “This flight is yet another step in the ingathering of the exiles, and we look forward to welcoming these new Israelis home.”

For new olim Kalman and Barbara Feinberg, that homecoming was years in the making. When two of their children made aliyah, the signs pointed to their eventual immigration. “But when our third child joined them here that clinched it,” said Kalman, who recently retired from his engineering job and, with his wife, sold the family’s Teaneck, N.J., home and many other possessions. Twelve grandchildren were also awaiting their arrival.

“After a while, Skype doesn’t do the trick,” Kalman said.

As for the timing of the Feinbergs’ arrival, he said it is explained best by the recently read Torah portion, Masei.

“When two of the tribes asked Moses if they could settle on the other side of the Jordan, Moses told them, ‘Are you going to sit over here when your brothers fight for the land?’ That’s how we feel,” Kalman said. “I’m also glad we’re here with all our kids and grandchildren, rather than back in the States where we didn’t feel we really knew what was going on.”

While Joel Wine made a wedding analogy, 23-year-old Ilana Barta, from Teaneck like the Feinbergs, will literally celebrate a wedding to start her new life in Israel. In August, she will marry her Israeli paratrooper commander fiancé, before she starts medical school in the fall.

“I’ve been brought up at home, in school, [and] in camp to believe that this is where we belong. And when you love something, you love it in good times or bad,” she said.

Ido Balely, 18, is proving that love now. The Rockville, Md., native is going directly into the IDF as a lone soldier this fall. “It’s scary, but at the same time I made a good decision coming here to show that Israel isn’t here for nothing,” he said. “So many people join the army because it’s something worth the sacrifice. When people ask me why, I just explain to them that if I don’t do it, who will?”

Balely’s comments likely ring true for all of the passengers of LY 3004.

“Today’s aliyah flight demonstrates the great resilience of the Jewish people and its determination to build the state of Israel,” Nefesh B’Nefesh’s Fass said July 22. “These olim, who are choosing to move to Israel in these difficult times, are instilling hope, optimism, and strength throughout Israel and the Jewish nation.”