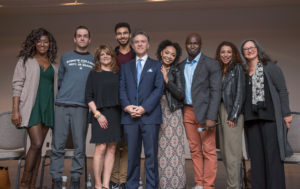 On January 13th, L’CHAIM attended “Hamilton” and a private donor dinner and after party, chaired by Liz Nederlander Coden and Daniel Coden. 500 seats were sold, benefitting JFS and JCC.

Lovely dinner @ Grant hotel with all the top ticket buyers. Included a Q&A with the cast of Hamilton. Event raised over $630,000 for JFS and JCC.

Betzy Lynch commented that the collaboration allowed donors to further the mission of both the JCC and JFS. 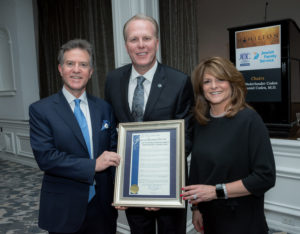