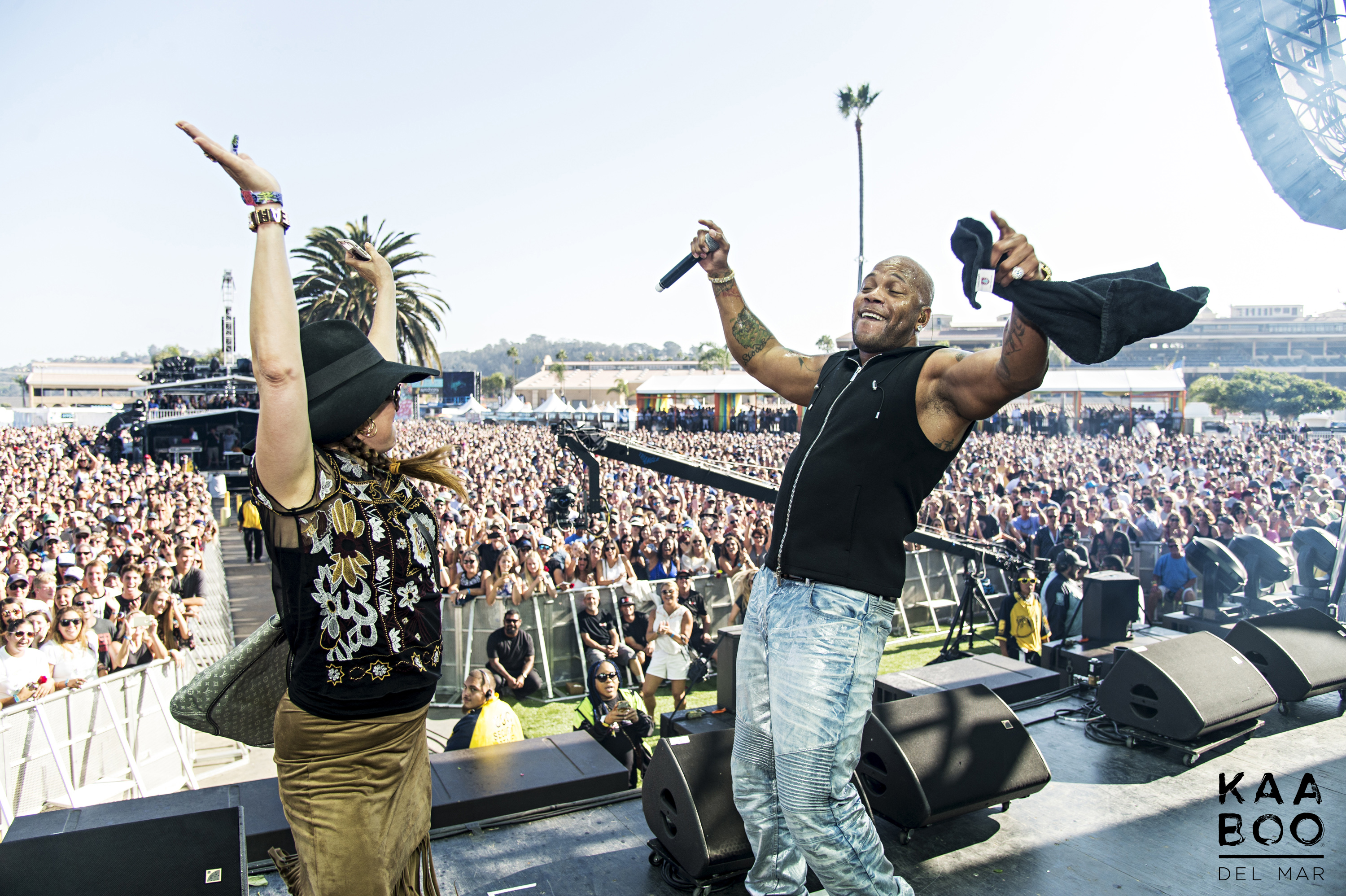 DEL MAR, CA - SEPTEMBER 17: Flo Rida dances with guests on the Grandview Stage during the 2016 KAABOO Del Mar at the Del Mar Fairgrounds on September 17, 2016 in Del Mar, California. (Photo by WireImage for KAABOO Del Mar via imageSPACE)

For three days and nights, the normal tranquil Del Mar area rocked on to numerous bands, ate copious amounts of food, gazed in amazement as live art was creative in massive canvases, laughed mercilessly and most importantly celebrated just being alive. KAABOO now takes on a different tone as recent events dampen the artistic community with the Las Vegas massacre and the death of Tom Petty. I think back to the time going to KAABOO and never thinking wow I can get shot by a high powered rifle or this will be the last time I will be listening to Petty sing “Freefalling.”

The world we now live in is different and to not mention it after the events listed above would just be ignoring the fact that our artists are dying and the normally peaceful events celebrating life can be tarnished by a madman’s unknown vendetta. Yet KAABOO Del Mar fortunately went off without a huge hitch and for the most part people enjoyed themselves in the variety of things to see, listen and/or do. As I walked the Del Mar Racetrack Concourse I was struck by the variety of people attending KAABOO. From millennials to families (strollers included), one felt like they were walking down Fashion Valley or Balboa Park, pleasantly interrupted with numerous visual treats. If KAABOO is one thing, it’s 100% San Diego, from the laid back ambiance to the colorful visuals, all existing in the Del Mar, sometimes making me forget I was even in a music festival. But alas I was and boy did it not disappoint.

The variety of bands featured at KAABOO made my AppleWatch work overtime counting my steps for those three days. For every amazing “food truck” like meal I felt okay with it as I burned the excess calories by the amount of walking from stage to stage. KAABOO just felt different than other festivals. You’re not always dirty like a certain one in the desert and not trampled like another festival with electronic music. Here one could walk freely while enjoying the art, listening to music or tasting the food, serenity, only Del Mar can offer.

Yet, like all things in life, KAABOO did have its share of minor hiccups. Day of parking pricing was hefty ($40 for each day) and even though I tried my hardest to purchase a parking permit before, the site was not allowing me to. The other small issue with the venue was the egress out of the Del Mar Racetracks after the festival headliner finished. After RHCP’s finished the first night, I sat in traffic without moving forward for approximately one hour. Now I know one can always expect this for a major festival like this but I truly felt it could be better next year with a little better planning. Also ride sharing UBER and LYFT did not fair better as they too were stuck in gridlock, and if you had a unique driver, well you’d be in a stranger’s car for hours searching for things to talk about.

Yet I am nitpicking to say the least, KAABOO was an amazing experience. And today, after what has happened in Vegas and with the passing of Tom Petty, I sort of feel honored to be part of this community. A community that will continue to support the arts, and festivals, without fear, because that’s why we sing, and why we eat, and draw and make people laugh…a rifle will never take that away.

Standing Up, Standing Proud for Israel