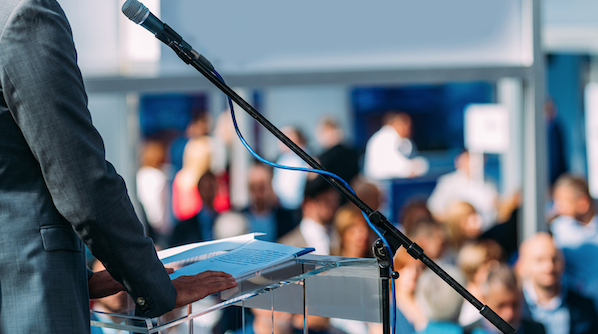 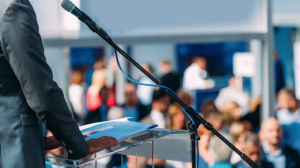 On May 9-10, the Jewish Public Affairs Committee of California, (JPAC) convened 200 Jewish professional and lay leaders from across California in Sacramento for JPAC Advocacy Day, the organization’s premier annual policy conference and advocacy experience.

JPAC is the voice of California’s Jewish community to the State Capitol, and the largest single-state coalition of Jewish organizations in the nation, advocating in Sacramento on behalf of the Jewish community.

The largest gathering in JPAC history, the conference, held in person at the Citizen Hotel in Sacramento and at the Capitol Annex Swing Space was comprised of Jewish organization executives, board members, professional fellows, other staff, lay leaders, fifty students, and young professionals.

The conference was themed around JPAC’s top legislative priorities: Combating antisemitism and hate, and expanding services for immigrants and older adults.

Highlighting JPAC Advocacy Day was a special dinner with the California Legislative Jewish Caucus, including 19 Jewish and Jewish-adjacent elected officials. Jewish Caucus chair Assembly Member Jesse Gabriel and Vice-Chair Senator Scott Weiner demonstrated an amazing overview of their work, with a dozen legislators in the Caucus sharing remarks with the group.

L’CHAIM joined this impressive conference with members from Hadassah, 30 Jewish organizations; including Jewish federations, Jewish family service agencies, and the Anti-Defamation League to combat antisemitism across the state of California.

We heard from some of the most prominent names in California politics, including Lieutenant Governor Eleni Kounalakis, Attorney General Rob Bonta, and Senior Counselor to Governor Newsom, Jason Elliott.

Exceptional panels were presented with distinguished legislators, activists, and government staffers about combating hate, supporting immigrants, and working as a young professional in the State Capitol. Over 30 legislators participated in the conference.

The program culminated with participants converging on the state capitol for meetings with 88 legislative offices, representing three quarters of the state’s 118 legislators.

“At JPAC, we’re committed to upholding two core pillars: We fight for issues that directly support the Jewish community, and we fight for issues that directly further Jewish values,” said David Bocarsly, JPAC’s Executive Director. “In this moment, those pillars are manifesting into an acute need to fight antisemitism and hatred, and to support immigrants and older adults. At JPAC Advocacy, California’s diverse Jewish community came together as one voice to forcefully assert the importance of these issues to state lawmakers. We pushed large-scale, life-changing bills, and asked for over $300 million from the state budget to accomplish our key initiatives.”

Bocarsly became the Director of the California Legislature of the Jewish Caucus in 2018, supporting those lobbying in their districts. He continues to work closely with Senator Scott Weiner, Jewish Caucus Vice Chair and Senator Ben Allen, also a member of the Legislative Jewish Caucus including many others making a difference with regards to antisemitism and other vital issues. Bocarsly became Executive Director of JPAC in January, meeting with 88 districts, educating all legislative members about Judaism and antisemitism, including conspiracy theories that are perpetuated behind hate crimes with a goal to overcome hatred together.

Bocarsly’s enthusiasm is contagious as he shared how Governor Newsom allocated $93.2 million from the state budget to combat antisemitism as part of his “California Comeback Plan.” In addition, $10 million was allocated to the Museum of Tolerance, welcoming 350,000 visitors annually, and $2.5 million for expansion of the Holocaust Museum.

Focusing on non-profits, developing curriculum on the Holocaust and genocide, and creating a new exhibit on antisemitism with a renovation of the Holocaust Library in the Bay area are just some of the areas JPAC is currently focusing on to combat the ever present, insidious ideology and acts of antisemitism.