A panorama of the Western Wall in Jerusalem. Credit: Wikimedia Commons.

In April 2015 – in the aftermath of the death of 25-year-old African-American man Freddie Gray inside a police van after being arrested by the Baltimore Police Department, followed by days of riots in Baltimore, Md.– African-American street gangs, the Bloods and Crips, stood side-by-side against police brutality. The Baltimore Sun, and several national papers and social media outlets, carried photographs of the members of the typically warring gangs posing together, with captions about the gangs being determined to “unite for a common good.”

Tzippi Shaked, author of “Three Ladies, Three Lattes: Percolating Discussions in the Holy Land,” believes that the case of the Bloods and Crips unifying together is a valuable lesson for the Jewish community, in which there are frequent divisions along religious lines. This was echoed by Israeli Prime Minister Benjamin Netanyahu in his annual Rosh Hashanah greeting last year, in which he urged Jewish unity by working “together … [to] build our Jewish state – because we’re united, proud of our past and committed to our future.”

Can Jewish people of different religious denominations truly unite and work together for a common good?

The concept of Jewish unity is one that comes up around the High Holidays due to the Torah portions read before the holidays: Nitzavim and Vayelech. In Nitzavim we read, “Today you are all standing before God your Lord – your leaders, your tribal chiefs…even your woodcutters and water drawers,” (Deuteronomy 29:9). Eighteenth-century Rabbi Schneur Zalman explained this in his famous work “Likkutei Torah” as all Jews standing equally and united before God despite their differences.

Vayelech also concludes when Moses addresses “the entire assembly of Israel” (Deuteronomy 29:1) in a unified manner. Such a colorful image is harder to picture today, when headlines and op-eds tend to stress divisiveness, and the parts over the whole.

“I come from a family with a Haredi brother. I am Modern Orthodox. I have a sister who is secular. Growing up, my father was secular and my mom religious. If we can pull it off under one roof, I believe so can society in general,” says Shaked.

Shaked, together with one Haredi (Hebrew for Orthodox) and one secular woman, spent two and a half years discussing the topics that divide and unite Jewish women, and then embarked on a mission to teach others that while Jews might not always agree ideologically, politically or religiously, they can be united. This is the topic of her book.

Rabbi Joel Oseran, vice president emeritus for international development at the World Union for Progressive Judaism (WUPJ), says that in his experience it is “rare to see the common good having the highest value,” especially in Israel where “the playing field among denominations is not level at all.”

“When I am right and you are wrong, how can there be diversity?” Oseran asks. “You have to allow for more than one way to be right in order to respect diversity.”

Shaked disagrees, saying that unity and friendship have little to do with accepting others’ opinions or hoping to change them.

“It’s naive to think that anyone will change his or her mind,” she says, and it has more to do with a belief that people can become friends in spite of differences in levels of religious observance.

“It is very easy to rip apart the other. It is very difficult to look for the positive,” Shaked says.

“Irrespective on which religious background you come from, you have to ask yourself: Do I look to build bridges or do I look to inflame?”

This has been Marne Rochester’s modus operandi. An active Conservative Jew, Rochester moved to Israel 26 years ago. In the Jewish state, she maintains her Conservative identity, while sending her daughter to a religious school and praying at a variety of different synagogues. She is most active in a Jerusalem Masorti (the Hebrew term for Conservative) congregation, but she also attends a Sephardic, egalitarian minyan.

When it comes to daily life, she says it’s easy to get along – especially in Israel where Conservative congregants tend to follow more of the movement’s code of conduct, as opposed to the U.S., where “a lot of people who belong to Conservative shuls don’t necessarily go by what the movement says.”  Rochester has Orthodox friends willing to eat in her home and share Shabbat together with her.

But Rochester, who takes part in monthly Women of the Wall ceremonies at the Kotel, says the biggest differentiator between the Orthodox and the Conservative, however, is the role of women in public Judaism and the synagogue. While in Orthodox Judaism women take a back step to men in religious life, “since my bat mitzvah, I read from the Torah, lead services, put on a tallit and tefillin,” she notes.

“But I feel like in my neighborhood we all get along. We all respect each other and don’t check each other’s tzitzit,” she says.

Rochester notes, also, that Women of the Wall was founded as a minyan of women from different movements coming together on common ground for Rosh Chodesh. While it has become a major media focus, and a point of divisiveness between Jews in the diaspora in Israel, at its core, “You have Orthodox, Reform and Conservative women all together – that is such a powerful, beautiful thing.”

Oseran says he wishes he would see more leaders taking a stance in the direction of unity.

“I am not optimistic from the top down,” he says, but admits positive steps are percolating on a grassroots level.

“There are many Orthodox Jews who understand there is more than one way to be Jewish and are prepared to bridge some of the differences in order to be stronger together,” adds Oseran, noting that Israelis could learn a lot from the Jewish Federations of North America (JFNA) movement, which is built on a sense of a collective Jewish community in which any Jewish people can fit and find their place.

“How do you create a building bridges mindset?” Shaked asks. “Take the time to make yourself available to talk to others. Be open to meeting people. … we all have to take the plunge.”

She also recommends celebrating the successes of others and volunteering in communities different than your own.

Harkening back to the unity established by the Bloods and Crips in the wake of the Baltimore riots in 2015, Shaked says she read a study published more than 20 years ago by the Simon Wiesenthal Center that found gang members cannot unify by simply learning about one another through movies, being told positive messages about one another, or even through dialogue. Rather, they need to work together on a common project. By working for a common goal the Bloods and Crips found unity.

“I ask this Rosh Hashanah to join with all Israelis, with friends of Israel, with the Jewish people everywhere in wishing for a better future,” said Netanyahu is his previous Rosh Hashanah address.

“I believe these friendships can be struck. I have seen it and I live it,” Shaked said. 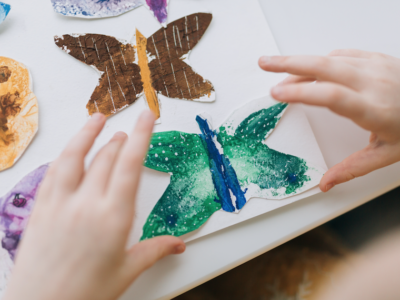 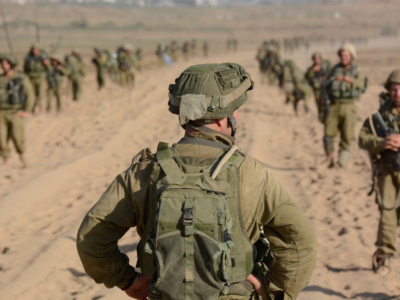 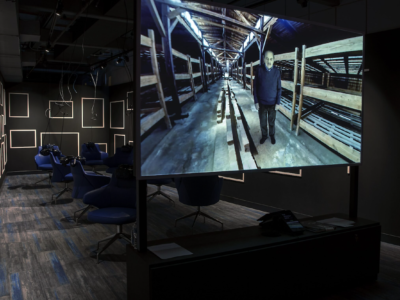 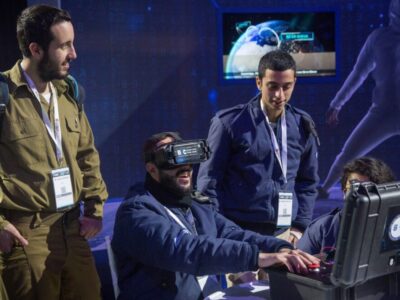