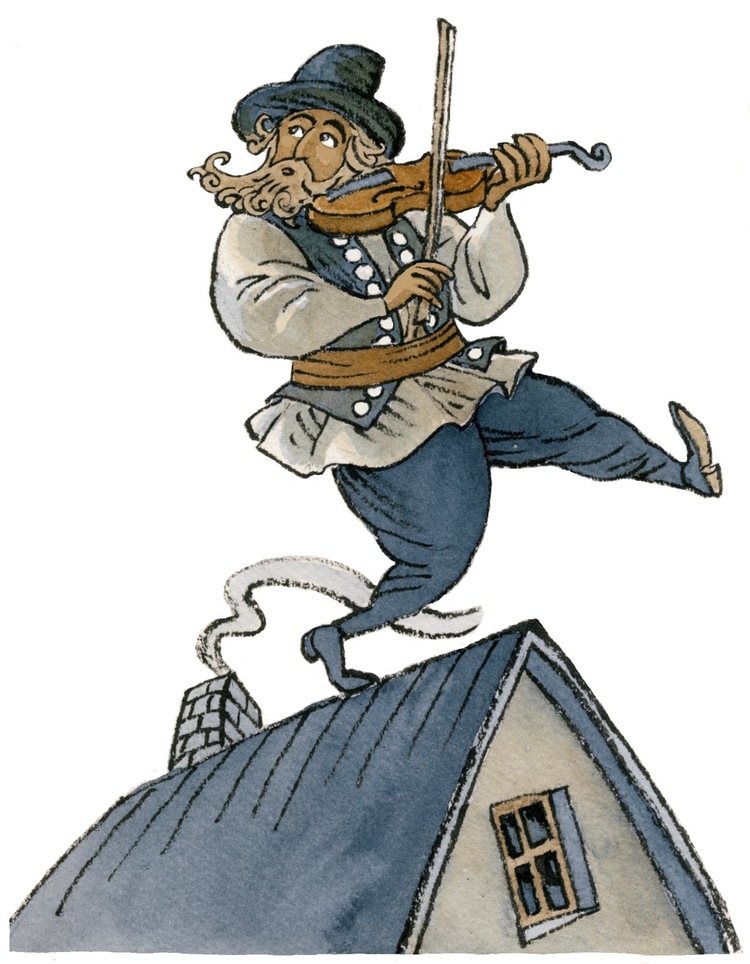 A sketch of Tevye from "Fiddler on the Roof." Credit: Morburre.

A sketch of Tevye from “Fiddler on the Roof.” Credit: Morburre.

jns.org by Alina D. Sharon
In addition to cooking all day and eating to your heart’s content on Thanksgiving, what are you planning to do? Curl up in front of that TV with a hot chocolate in your hand and take a well-deserved break with one of these classic and contemporary films, as recommended by the editors at JointMedia News Service.

This one is a classic gem fit for the holidays! Check out Chaim Topol as poor old Tevye lamenting about his fate and trying to marry off his five daughters. Think the male version of Mrs. Bennett from Jane Austen’s “Pride and Prejudice” in a small Orthodox Jewish town during early 20th-century Russia. If I was a rich man…

On a more serious note, Michael Stuhlbarg plays Lawrence “Larry” Gopnik in this film by the Coen brothers. Gopnik isa Minnesota Jewish man in the 1960s who begins to question his religion when faced with personal and professional crises. Stuhlbarg was nominated for a Best Actor Golden Globe and the film was nominated for an Oscar.

Okay, it may be Thanksgiving and not Passover, but wouldn’t you rather spend four hours revisiting the Exodus from Egypt than helping make that turkey? The pilgrims may have been thankful for surviving in North America, but we’ve got Moses to thank for getting us out of Egypt. Charlton Heston plays the classic biblical hero.

Thanksgiving is a time to laugh. If you haven’t had a chance already, find this comedy starring Ben Stiller and Edward Norton. Both play Rabbi Jake Schram and Father Brian Finn respectively, who both fall in love with an old childhood friend. The problem: Rabbi Schram cannot date a non-Jew and Father Finn must remain celibate. Lots of laughs are certain to ensue.

Based on the classic novel by Leon Uris, this film recounts the events leading up to the establishment of the state of Israel through the eyes of a Haganah fighter and an American nurse.  If you’ve ever wanted to understand Israel’s Zionist roots, read the book and watch the film. Besides, with Paul Newman in the lead role, you can’t go wrong.

If you fondly remember Elijah Wood from the Lord of the Rings film series, and even if not, you might especially enjoy this. Adapted from the novel by Jonathan Safran Foer, this film recounts the story of an American Jew (Wood) who travels to the Ukraine in search of the woman who saved his grandfather in the Holocaust. Foer is accompanied by several quirky characters who threaten to turn his trip into a journey of hell. Don’t miss this equally hilarious and bittersweet production!