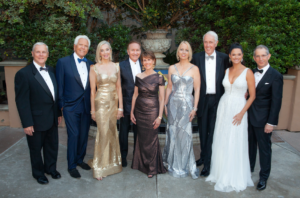 The Old Globe celebrated in style at the 2018 Globe Gala on Saturday, September 22, in support of the theatre’s arts engagement and artistic programs. The glamorous annual event featured an exclusive, one-night-only performance by the incomparable Andra Day.

This year, the Gala again raised approximately $1million for the Globe’s Artistic and Arts Engagement programs. 340 wonderful supporters were in attendance for the dinner dance, with Globe staff and actors attending the performance as well. 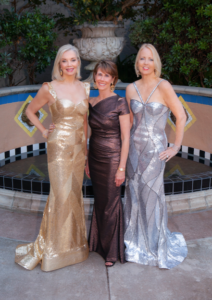 Other attendees included Globe Board members, sponsors, and patrons; cast members from the current World Premiere production The Heart of Rock & Roll; and actors from The Old Globe and University of San Diego Shiley Graduate Theatre Program.

The can’t-miss black-tie event began with an elegant reception of cocktails and hors d’oeuvres on the Globe’s Copley Plaza, followed by the performance by Day at 7:00 p.m. Reception and dinner followed, catered by the Sheraton San Diego Hotel and Marina, and dancing to the music of the Cowling Band was capped off at midnight by glorious fireworks on Copley Plaza!

The Lipinsky Family Suite was transformed into The Moonlight Lounge as an exclusive benefit for Underwriters. They enjoyed whiskey, scotch and bourbon tastings, special champagne, and a whimsical and delicious donut wall throughout the dinner dance, with a spirits expert provided by Wine Warehouse.