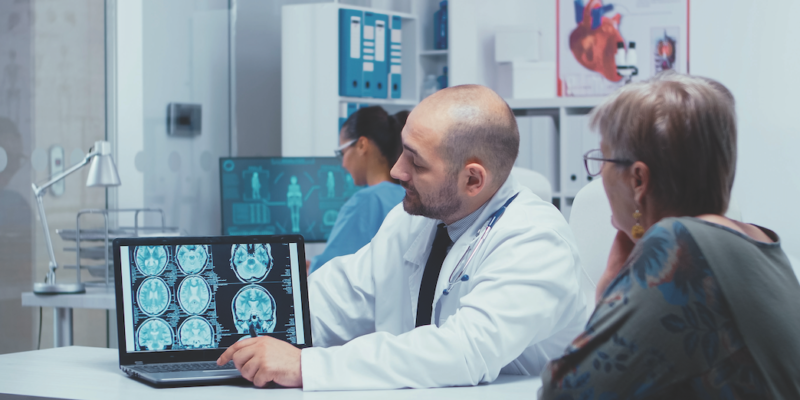 The largest fundraiser for Alzheimer’s San Diego, a local nonprofit organization, will be held this month. Walk4ALZ 2021 is Saturday, October 16th. It is completely free to register and is a family-friendly and dog-friendly event with a beautiful 2.75 mile route around Balboa Park. It is the only walk where every dollar stays in San Diego County to support people living with dementia, their caregivers, and research to find a cure.”

L’CHAIM spoke with two passionate walk team leaders who enthusiastically shared the stories of their engagement with Alzheimer’s San Diego and the folks for whom they walk.

Herb Liberman has been an active member of the organization since he moved to San Diego four years ago. His parents had been living in Florida where his father was the primary caregiver for his mother. Connecting across the country with calls several times a week and periodic visits, Herb recognized the strain this responsibility was taking on his father, primarily exhaustion and depression and that’s when he became involved in the Northern California Alzheimer’s Association. He needed and then led a support group for families struggling with Alzheimer’s caregiving. Such affirming support groups are a shining feature available through the local organization too.

After his father passed, he moved his mother out to Northern California to be near his family where she lived in a memory care facility until she passed. He later moved south and joined Alzheimer’s San Diego. With appreciation for the organization’s in-home respite support and educational seminars, Herb later joined the board and continues to volunteer on the finance committee. Your support to his team is greatly appreciated as he walks for his mother, z”l, as well as his wife, who is showing early signs of the disease. Gratefully, she is involved in a research study with a new medication, and they are hopeful it will have positive effects on people with Alzheimer’s. You can help his walk team reach or exceed their goal by donating through their page Army4ALZ or you can reach out to Herb via email at heliberman@comcast.net . Of course, you can also donate directly to Alzheimer’s San Diego as a generous supporter did recently, with a bequeath.

Dr. Lisa Heikoff has been involved since Alzheimers San Diego ventured away from the national organization six years ago. Her passion for this group and for the people suffering due to the disease began professionally as she worked with the population most commonly affected and witnessed its effects. Then it became personal when her brother-in-law, z”l, was diagnosed with young onset at age 57. While his diagnosis was devastating for the family, there was a remarkable silver lining she highlights and keeps close to her heart. Shortly after the diagnosis, having been involved in their Jewish family life but not born into the faith, he decided to begin the pathway toward conversion. With the added challenges he now faced and the encouragement of family and friends, his accomplishment was an extremely joyous event that continues to inspire her.

She is most impressed with the education and outreach programs Alzheimer’s San Diego utilizes to support local people in need. Their ongoing work honors a delicate humanness and authenticity and demonstrates a remarkable level of caring for those most vulnerable. Lisa highlights the organization’s efforts encouraging opportunities for growth and appreciation for one’s life today, making meaningful contributions that translate into real care and real service.

Consider donating to her team’s fundraising goal through their page KP Continuing Care Services (with Kaiser) or reach out to her directly via email at heikoff@aol.com.

Alzheimer’s San Diego is there for San Diegans and your support helps change lives. Whether or not your life has been directly affected by this debilitating disease, your help is needed and valued.

To learn more or to register, visit https://alzsd.rallybound.org/walk4alz.