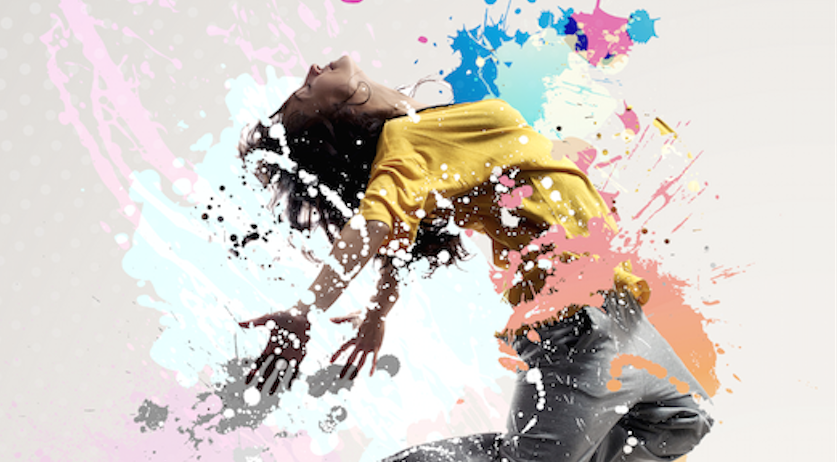 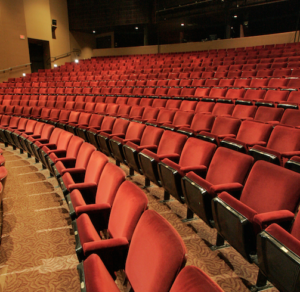 Being privy to the highly anticipated announcement of the brand new show lineup for 2015/16 at the La Jolla Playhouse is as exciting as opening Chanukah presents on a year round basis. That’s because having a renowned and nationally regarded playhouse right in our backyard is truly a wondrous gift that keeps on giving as the adventure-filled season unfolds.

Located on the UC San Diego campus, La Jolla Playhouse is made up of three significant performance spaces: the Mandell Weiss Theatre, the Mandell Weiss Forum Theatre, and the Joan and Irwin Jacobs Center. The latter is a state-of-the-art theatre complex, which features the Sheila and Hughes Potiker Theatre. La Jolla Playhouse is led by Artistic Director Christopher Ashley and Managing Director Michael S. Rosenberg.

Looking beyond the exterior aesthetics of the Playhouse entails learning just how highly respected this critically acclaimed 67 year-old institution actually is in the industry. Becky Biegelsen, the Playhouse’s Public Relations Director, supplied some impressive Broadway statistics: The theatre has had 25 productions move on to Broadway (Jersey Boys, The Who’s Tommy and How to Succeed in Business, just to name a few), earning a total of 35 Tony Awards cumulatively. Additionally in 1993, the Playhouse itself won a Tony Award for Outstanding Regional Theatre. Notably, 35 productions have also gone on to successful runs Off-Broadway and to regional theatres across the country, including the Kennedy Center, Chicago’s Goodman Theatre and the Humana Festival, as well as to international venues in London, Brussels, Rotterdam, and Moscow.

Shirley Fishman is the Resident Dramaturg at The Playhouse so she’s intricately involved with research and development elements, as she works alongside producers, directors and the playwrights themselves from commission to production. She says that the brand new season will consist of five incredible shows, all world or west coast premiers.

“It will be one of our most exciting, innovative seasons in my history of working at La Jolla Playhouse throughout the last 13 years,” Fishman says.

This is in part due to the high caliber of artists the theater itself attracts, as well as the sheer diversity in terms of subject matter, genre, female components, directors, writers, composers, and lyricists. Indeed, the theme for the year has been deemed “adventure” and one can already sense the daring, action-packed intoxication from the following line-up.

The spring of 2015 will kick off the opening of the first production in this eclectic season, with a dramatic, intimate, and extremely poignant show entitled “Come From Away,” which will be directed by The Playhouse’s own Christopher Ashley. Audiences will be deeply impacted by this world-premiere, rock-infused musical based on the true story of actual events that transpired in Newfoundland during the 9/11 tragedy.

The unsuspecting, isolated, small town of Gander was converted into a host community when 38 planes carrying thousands of disoriented people from all over the world were diverted there. The generous way the townspeople opened up their hearts and lives, embracing passengers and pilots alike (despite culture clashes and language barriers) was truly an act of love. This captivating musical is sure to trigger a deeply visceral and thought-provoking reaction from all who view it, as each of us has our own personal remembrance and context from that fateful time in shared history.

Another provocative offering during the 2015/2016 season is “Up Here,” which features a book, music and lyrics by the husband and wife composing team of Robert Lopez (“The Book of Mormon,” “Avenue Q”) and Kristen Anderson-Lopez (Disney World’s “Finding Nemo, the Musical”) who took home the Oscar for Best Song with their immediate hit, “Let It Go” from the film “Frozen.”

“Up Here” boasts a widely appealing plot involving a shy, introverted 30-something male who finds he has chemistry with a rather gregarious woman, but his attempts at a real relationship are thwarted by the interior monologue of critical voices in his head. This edgy musical comedy ambitiously dares to portray, in living color, the universal circus of judgment, neurotic thoughts, and negative self-banter every one of us possesses. Audiences will empathize and relate to carrying such heavy emotional baggage whilst simultaneously stepping up to our place in the world, possibly even finding happiness.

“Blueprints to Freedom: An Ode to Bayard Rustin,” by Michael Benjamin Washington (“Memphis,” “The Wiz”) and directed by The Cosby Show’s Phylicia Rashad was so extraordinarily popular in its workshop phase with DNA (more about DNA workshops below) that the powers-that-be decided to bring it to full scale production. A dramatic tale which is set during the daunting political and racial environment of the 1963 Civil Rights Movement, when Mayard Rustin, (an openly gay male) orchestrated an unprecedented march on Washington by the same colleagues that previously exiled him. This is a compelling portrayal of intricate and dynamic human existence at a significant crossroads, filled with conflict and passion that embodies both professional and spiritual redemption.

Certain to be of special interest within our Jewish community will be the opening of “Indecent,” co-created by director Rebecca Taichman (Playhouse’s “Sleeping Beauty Wakes,” “Milk Like Sugar”) and Pulitzer Prize-winning playwright Paula Vogel (“How I Learned to Drive”) and yet another world premiere show that’s set to music. This play gets its inspiration from the true events surrounding the controversial 1922 Broadway debut of Sholem Asch’s “God of Vengeance,” a work thought by many to be groundbreaking and influential, yet considered by others to be misrepresentative and defaming. Bursting at the seams with familiar songs from the era, this riveting production documents the results of a highly flammable piece of work, the artists who risked their careers and lives to perform it, and the evolving identity of the culturally rich community that inspired its creation.

The Playhouse also announces “Healing Wars,” conceived, directed and choreographed by internationally famed choreographer Liz Lerman, who by all accounts is simply astonishing. This will be a sophisticated stage event that fully integrates all the senses through a combination of dance, storytelling and multimedia in an in-depth examination of how soldiers and healers cope with the physical and psychological wounds of war, particularly the American Civil War period. This potent and raw piece features a remarkable performance from a young Navy veteran and delves into how the United States can possibly recuperate from what seems like endless battles and adversity.

“Developing new plays is in our DNA at the La Jolla Playhouse,” explains Fishman, and that’s exactly why an innovative program they’ve recently implemented is called, “The DNA New Work Series.” This is an intensely publicly embraced concept that consists of live readings and workshop productions showcasing plays in an early stage of development. A play doesn’t have to be finished, it just has to be promising. Literary director, Gabriel Greene confirms that about 500 scripts are submitted to The Playhouse each year so there are many to choose from.

A standout feature of DNA is that there are always audience “talk-backs” after every reading, which means the public gets to participate in the actual shaping and development of the shows with their input. Often it’s the first time the words have ever been uttered and that magic moment when an audience has its first peek into the new world. The “Page to Stage” program had been enticing people to participate for more than a decade but when Christopher Ashley took over as Artistic Director in 2007, he added DNA and it’s flourishing in its third year now. This is a rare chance for theatre-lovers to be a part of a new work in its earliest stages and there is no cost to attend readings.

Still another unique experience at La Jolla Playhouse is a program that’s designed to move productions beyond the fixed parameters of the four walls of a traditional theatre space. The program is aptly named, “Without Walls” (WoW) and has received great notoriety for its experimental and avant-garde breaking of stage barriers while holding performances in such locations as The San Diego Botanical Gardens in Encinitas, Martini’s Above Fourth in Hillcrest, and even in the Playhouse’s own La Jolla parking lot.

On tap for WoW’s 2015/16 production will be “Border Crossing.” Like its title implies, this site-specific show will immerse people in the experience of crossing the border illegally from Mexico into the United States, offering a vivid first-person experience, cutting through polarized political debates. The actors will squash stereotypes as they play a range of characters including coyotes, migrants, Border Patrol agents, landowners, prospective employers and more.

La Jolla Playhouse’s website (lajollaplayhouse.org) where extensive information on a myriad of other components are available, but here are some little known fascinating facts that you might enjoy.

Did you know that the original cast doesn’t always stay intact when the show heads to Broadway? In fact, that is what happened to the lead actor who played Frankie Vali in the original “Jersey Boys;” previous committed engagements kept him from heading to the Big Apple. The Playhouse also works closely with the campus of UCSD so students in their second year within the MFA program are regularly cast in professional productions. And lastly, three well-known celebrities are the original founders of this magnificent theatre. Their names? None other than Gregory Peck, Dorothy McGuire and Mel Ferrer.

This holiday season and throughout the coming year, it’s clearly evident that one of the nicest treats we can bestow on ourselves (as well as loved ones and friends) is the gift of being “present” at one or all of the La Jolla Playhouse’s fabulous productions coming to San Diego in 2015/1016.

Stephanie Lewis is a mother of six and a regular contributing writer for the Huffington Post. She is also the author of a 2008 novel, Lullabies & Alibis, and pens a humor blog called Once Upon Your Prime (thequotegal.wordpress.com). Follow her on Twitter @Missmenopause.

Lights, Oil and Cruising for Donuts